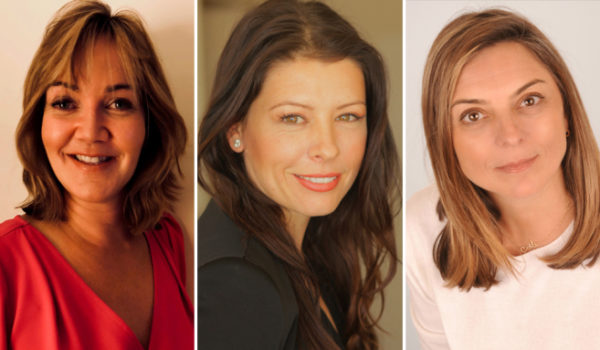 In her new role, Caruth will oversee the overall acquisitions, marketing and distribution strategy for The Avenue. This role links content from filmmakers to distribution throughout the product lifecycle to maximize the commercial success of each release. Highland Film Sales will provide financial support for films with global appeal.

“I am thrilled to be joining The Avenue at a time of great change, evolution and exciting opportunity in our industry,” said Caruth. “Arianne [Fraser] and Delphine [Perrier] have impeccable relationships with filmmakers which creates the perfect springboard for this new distribution venture.”

“For 10 years, Highland Film Group has gained a strong reputation as an independent worldwide sales, production, and film financing company,” said Highland Film Group CEO Arianne Fraser. “Our passion and commitment for this industry are key in guiding our strategic efforts to make Highland Film Group a global entertainment group providing services at every stage of the content’s life cycle. This is the perfect moment for the group to expand its horizons into US distribution. We are thrilled to take this next step in the company’s growth.”

Highland Film Group COO Perrier added, “We are beyond excited to have JJ Caruth join our team at the helm of The Avenue. Her impressive career and deep insider knowledge of US distribution and the industry at large is invaluable to see The Avenue thrive during these evolving times. Our collaboration with market leader Paramount Home Entertainment is also key to the success of our new division and we look forward to working with the amazing team at the studio. Our expansion into domestic distribution has been a key goal for us to take the company to the next level. After all the hard work, this is a great day.”

Films released under The Avenue label will be a combination of selected film titles from Highland Film Group as well as third party acquisitions while funding for distribution banner will be provided by Cygnus Film Group, LLC which has entered into a financing agreement with R.U. Robot Ltd, managed by Petr Jákl and Martin J. Barab.

The first feature film be released under The Avenue will be the sci-fi action movie Jiu Jitsu starring Nicolas Cage and Frank Grillo which is slated for a November 20 release. Jiu Jitsu is directed by Dimitri Logothetis, who co-wrote the script with Jim McGrath, his writing partner on Kickboxer: Retaliation.

The film is a LBE Jiu Jitsu AVC production and is produced by Logothetis, Martin J. Barab and Chris Economides. Fraser, Perrier and Gary Wood serve as Executive Producers and Highland Film Group handles worldwide rights for the film.

Caruth has over 15 years of distribution and marketing experience in the entertainment industry. She has previously worked at MGM, Twentieth Century Fox, and The Walt Disney Studios. Most recently, Caruth was Vice President of Content Strategy and Marketing at Universal Pictures Content Group, responsible for a slate of indie films including Loving Pablo, The Public, An Evening with Beverly Luff Linn, and Piercing. Prior to Universal Pictures Content Group, Caruth was the Head of Marketing and Distribution at Focus World, a division of Focus Features and NBC Universal.