Launched in 2020, The Avenue is HFG’s US distribution division and handles all aspects of distribution, from theatrical through home entertainment to television/SVOD. The Avenue is dedicated to partnering with filmmakers and leading them into innovative ways of marketing and distribution so their stories can reach the widest audience. The Avenue has a partnership with Paramount Home Entertainment to handle Blu-ray™, DVD, VOD, and Digital distribution. Films released under The Avenue label are a combination of film titles from Highland Film Group as well as third party acquisitions.

Led by founding partners Arianne Fraser and Delphine Perrier, Highland Film Group (HFG) is an independent worldwide sales, film financing, production and distribution company. Launched in 2010, HFG has had success across a wide range of film genres and platforms, building a reputation for handling high-octane films in the action/thriller/horror space, focusing on cast, director, and filmmaker driven content. 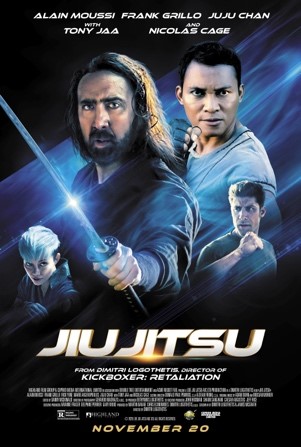 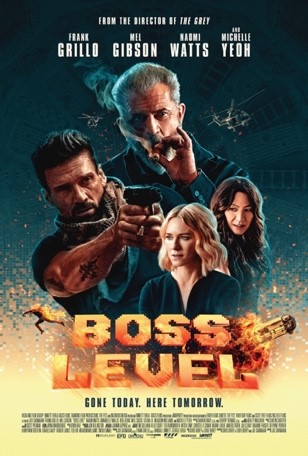 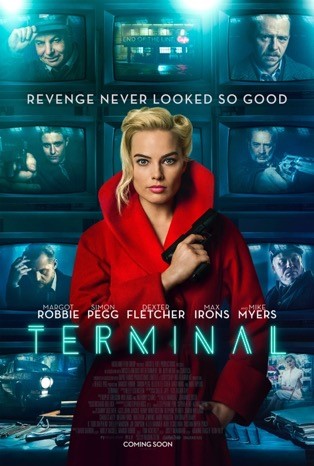 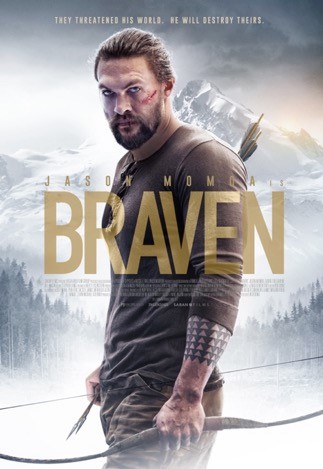 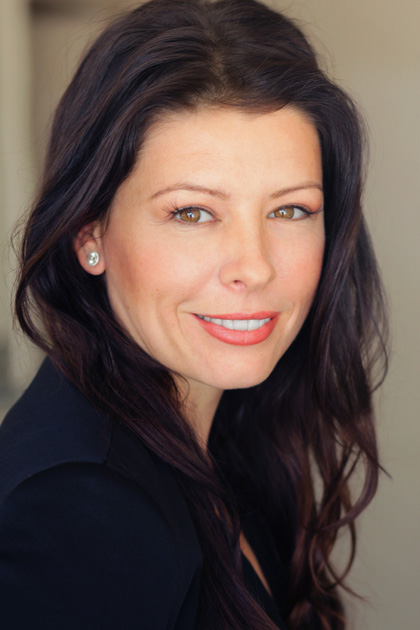 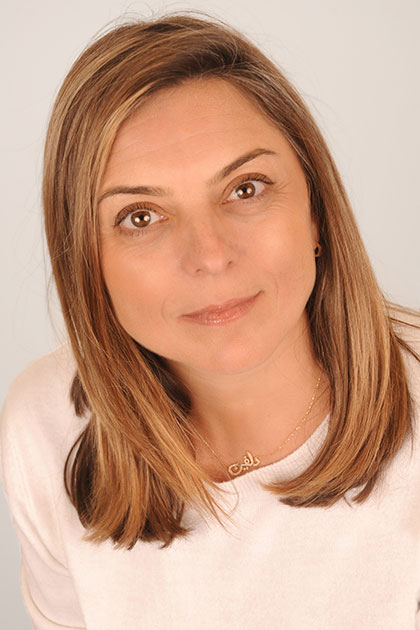 President of Domestic Marketing and Distribution 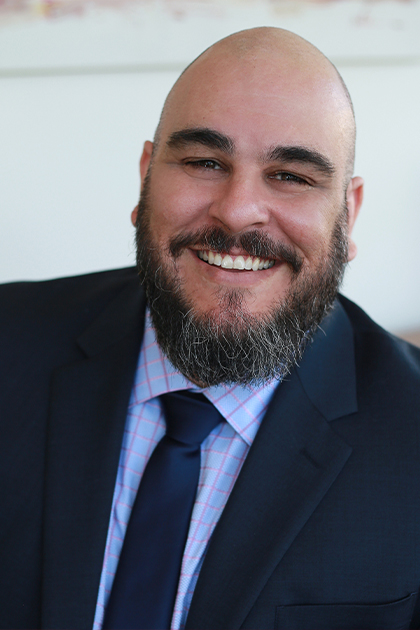 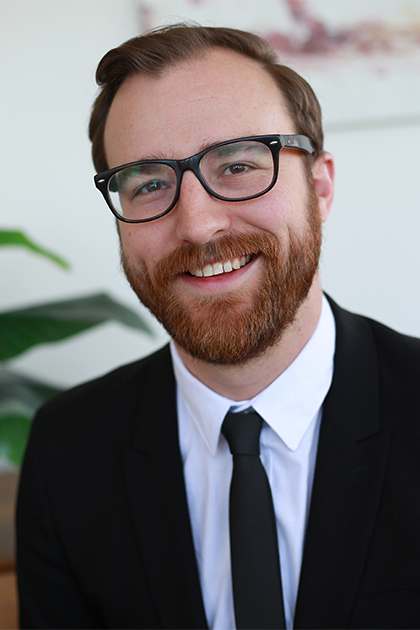 Ms. Fraser’s first experience in the business was as a producer on the film WASSUP ROCKERS, directed by Larry Clark, where she handled the sale of the film’s worldwide rights. This led to a career in film sales. In August, 2005, Ms. Fraser became Director of Foreign Sales and Distribution for First Look International, where she handled sales of the company’s library consisting of over 800 titles and the then-current film slate including: SMILEY FACE (with Anna Faris and Adam Brody, directed by Greg Araki); THE BREED (starring Taryn Manning and Oliver Hudson, produced by Wes Craven); and AN AMERICAN CRIME (with Catherine Keener and Ellen Page). In March of 2008, Ms. Fraser became VP of International Sales and Distribution with Arsenal Pictures, focusing on the acquisition of completed content for worldwide sales. Ms. Fraser decided to take the entrepreneurial plunge in early 2010 with the formation of Highland Film Group (HFG), where she partnered with Delphine Perrier.Ms. Perrier previously worked at Paramount Vantage, Odd Lot International, and Mandate Pictures. Highland’s highlights include the sleeper hit INSTRUCTIONS NOT INCLUDED (directed and starring Eugenio Derbez) which grossed over $44 million in the U.S. box office; THE BAYTOWN OUTLAWS (with Billy Bob Thornton and Eva Longoria); REVENGE FOR JOLLY (with Kristen Wiig, Elijah Wood, Ryan Phillippe and Adam Brody) and SOMEDAY THIS PAIN WILL BE USEFUL TO YOU (with Ellen Burstyn, Marcia Gay Harden, and Lucy Liu).

Ms. Fraser continues to use her unique and integral approach for film sales and her passion for commercial and quality packages to assist in financing films and bringing them to audiences worldwide.

Mrs. Perrier brings with her a significant amount of legal expertise and international sales experience within the entertainment industry. Mrs. Perrier has a law degree from the Sorbonne University Law School in Paris. She started her career in the entertainment industry as a contract administrator at Kushner & Locke where she managed an extensive library of over 200 films. She was one of the key players in the debut of Mandate Pictures where she lead the International Legal Affairs department and was responsible for collecting outstanding receivables for box office hits including The Grudge 1& 2, Harold & Kumar Go To White Castle, Juno, Mr. Magorium’s Wonder Emporium, Stranger Than Fiction, The Messengers, Boogeyman 1 & 2, and 30 Days of Night. Ambitious to complement her legal expertise in the industry, she joined Odd Lot International as the Vice President of International Sales where she developed her relationships with Hollywood producers and promoted Odd Lot International Sales Agent Service. She was then offered the challenging opportunity to be part of one of Hollywood’s major studios, Paramount where she became the second in command of International Sales of the Studio’s specialty branch, Paramount Vantage. Her slate include films such as The Crazies, Shutter Island, Capitalism: A Love Story, Traitor, Last Chance Harvey, and Ondine.

President of Domestic Marketing and Distribution

Having worked at four major studios, JJ Caruth has over 15 years marketing and distribution experience in the entertainment industry. She has extensive knowledge of the independent film market, the global theatrical and home entertainment markets, consumer trends and emerging distribution platforms.

Currently, she is the President of Domestic Marketing and Distribution at The Avenue, a subsidiary of Highland Film Group Inc, responsible for the marketing and distribution strategy for acquisitions in North America. This role links content from filmmakers to distribution platforms throughout the product lifecycle and is key to the commercial success of the brand.

Most recently, she was the Vice President of Content Strategy and Marketing at Universal Content Group, responsible for the marketing and distribution of a diverse slate of independent films including Loving Pablo, The Public, An Evening With Beverly Luff Linn and Piercing (winner of seven Clios and one Golden Trailer award.). Prior to that, JJ was the Head of Marketing and Distribution at Focus World, a division of Focus Features and NBC Universal. Working with a small but nimble team, she developed integrated marketing plans and innovative distribution tactics. The Focus World release slate set new milestones for the company such as #1 non-traditional release (5 Flights Up) and #1 distributor of non-traditional releases in 2015, 2nd largest foreign film debut of 2016 in the US (A Tale of Love and Darkness) and winner of Golden Trailer award (Raw) in 2017.

Prior to UPHE, JJ worked in various marketing roles in theatrical and home entertainment at the Walt Disney Studios, Twentieth Century Fox and MGM. Originally from London, England, JJ studied at UCLA and began her entertainment career in international television sales at MGM.