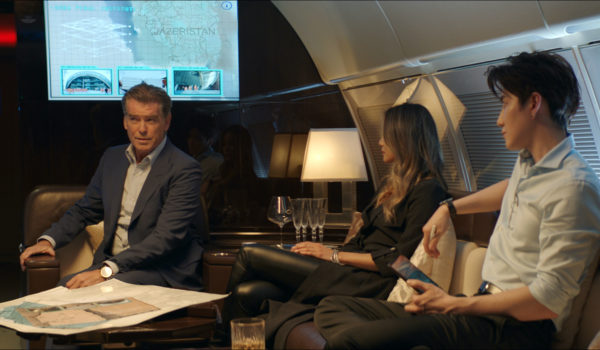 The domestic theatrical release is planned for summer this year as a joint release with Paramount Pictures, which will also handle blu-ray, DVD, VOD, and digital rights per the home ent deal between the two companies.

In The Misfits, after being recruited by a group of unconventional thieves, renowned criminal Richard Pace (Brosnan) finds himself caught up in an elaborate gold heist that promises to have far-reaching implications on his life and the lives of countless others.

Harlin directs from a script by Robert Henny. Principal photography was completed in Abu Dhabi prior to the pandemic.

“The Misfits is a breath of fresh air! We were hooked to the screen of this super entertaining heist thriller full of action twists and a lavish vibe. Pierce Brosnan’s performance is absolutely perfect,” said Highland Film Group CEO Arianne Fraser.

“We are thrilled with the market response the film had at the European Film Market. International buyers enjoyed screening The Misfits for all the reasons we did, and we are excited to deliver to them a very commercial completed film,” continued Highland Film Group COO Delphine Perrier.

We understand a number of international deals were struck for the feature prior to the EFM and that Highland has been aboard for some time.

The film will be the second to be domestically released by The Avenue following the release of actioner Jiu Jitsu. As we reported yesterday, the label is also taking on action-thriller Wash Me In The River, starring Robert De Niro and John Malkovich.