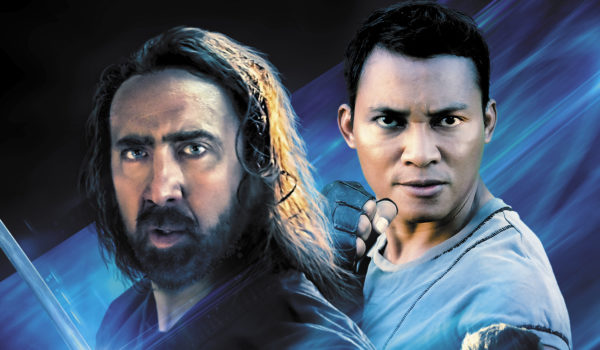 Nicolas Cage’s New Movie Has Been Dominating Netflix All Week

The Netflix Top 10 most-watched list is a strange and lawless land, where the usual rules for what determines a popular movie don’t apply. It doesn’t matter if a title flopped at the box office, got panned by critics or is generally regarded as terrible by almost everyone. In fact, in those instances, it almost stands a better chance of reaching the upper tier of the viewership charts.

This past week has been a case in point, and not just because Nicolas Cage‘s *Jiu Jitsu* has been dominating the rankings ever since arriving on March 20th. After all, the streaming service has a customer base of over 200 million subscribers, so there was obviously going to be a great number of them intrigued by the prospect of seeing the famously eccentric actor throwing on the latest in his never-ending line of questionable hairpieces to wield a staff as a team of mercenaries and martial artists battle against extraterrestrial invaders.

It’s like Mortal Kombat meets Predator except nowhere near as good, but there’s more than a little bit of entertainment value to be wrung from the premise, with Cage doing exactly what you’d expect him to do by imbuing his standard exposition with his signature and incredibly unique style of vocal flair.

The rest of the Top 10, meanwhile, includes bombs like Steven Spielberg’s The BFGand Oliver Stone’s Savages, along with critically-panned efforts such as Deadly Illusions and Yes Day, proving that there’s absolutely no way of trying to predict what movies have the potential to find either a first or second lease of life on Netflix. Jiu Jitsu has proven itself as the latest surprise smash hit, and who knows, we might even end up getting an unexpected sequel out of it?