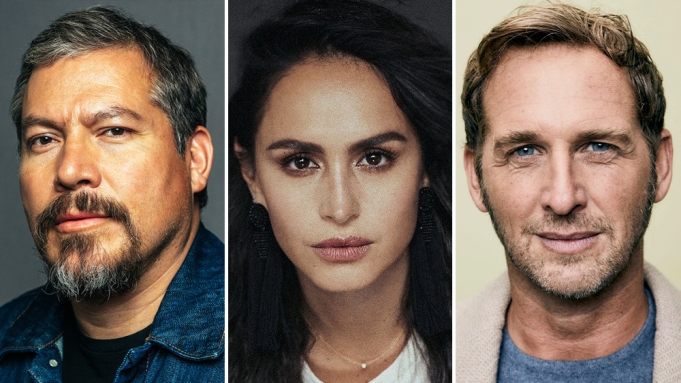 Fernanda Urrejola and Julio Cesar Cedillo will star alongside Josh Lucas in “The Black Demon.” The survival thriller is the latest film from Adrian Grünberg, the director of “Rambo: Last Blood” and “Get the Gringo.”

The film centers on an oilman who finds himself and his family stranded on a rig where he is targeted by a megalodon, a prehistoric shark.

Urrejola is best known for her work in “Narcos: Mexico,” the “Party of Five” reboot and Clint Eastwood’s most recent drama, “Cry Macho.” Cedillo played the title role in “The Three Burials of Melquiades Estrada” and also appeared in “All the Pretty Horses,” “Cowboys & Aliens” and “Sicario.” He recently starred in Netflix’s acclaimed film “The Harder They Fall.”

Developed by Mucho Mas Media and Silk Mass, “The Black Demon” is co-financed by Highland Film Group (HFG), which is representing worldwide rights to the film. HFG’s domestic distribution arm, The Avenue, has taken U.S. distribution rights and is targeting a 2023 release.

“Talented, committed, and with an open heart and soul — that is what all directors search for in a cast. And every one of these actors bring the building blocks of the cultural mosaic that makes up ‘The Black Demon.’ I am thrilled, humbled, and lucky to have them take my image to the next level,” noted director Adrian Grünberg.

“The Black Demon is a captivating survival thriller with a fantastic ensemble cast, spearheaded by the action master Adrian,” said Highland Film Group’s CEO Arianne Fraser. “This is a fresh and exciting take on the fabled deep-water predator, and we are thrilled to bring this film to the marketplace,” added COO Delphine Perrier.