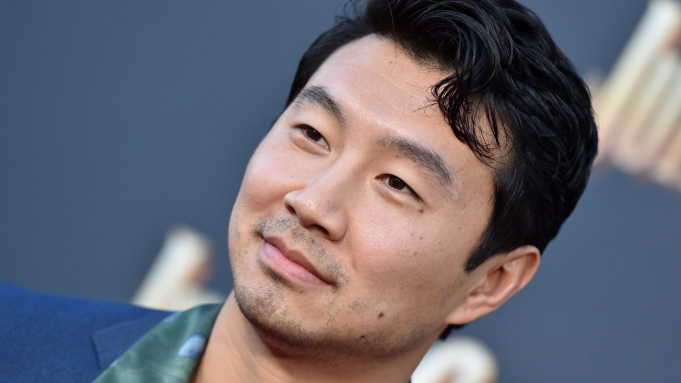 As Marvel’s newest superhero, Simu Liu flexed a lot of skills (and muscle) in Shang-Chi and the Legend of the Ten Rings: martial arts, comedy and, as a traumatized son reuniting with his estranged father, drama. The Canadian actor’s latest film, One True Loves, will show he can also play the romantic leading man.

Liu was invited to choose between the film’s two leading men when producer Sarah Finn (who also serves as casting director for the Marvel Cinematic Universe) passed him the script. In an email interview, he shared with The Hollywood Reporter how he came to his decision and the values that matter to him in strategizing his ascendant career.

**An actor’s immediate post-Marvel moves are always extremely important and closely watched. What made One True Loves the right project for you to take on as one of your post-Shang-Chi steps?

To quote Monty Python, “and now, for something completely different!” Coming off of an action/martial arts spectacle like Shang-Chi, I knew that much of the world was going to expect me to do more kung fu films. It’s always been important to me to constantly challenge people’s perceptions of myself, as well as of Asian people as a whole. While I celebrate legendary actors such as Jackie Chan, Jet Li and Bruce Lee, I know that my path is very different. I am not a master of kung-fu, after all; I am an actor who trained very hard to embody the character that I was hired to play. As such, I’m beyond excited to step into Sam’s shoes for this movie that I am deeply in love with.

**In Taylor Jenkins Reid’s original novel, the main characters are white (or at least not Asian). So at what point in the process did that change? ** When the script first reached my desk through Sarah Finn’s office (yes, THAT Sarah Finn!), I was not privy to any of the discussions that occurred prior. I knew that Phillipa was attached to play Emma, and I was being asked to read the script to consider playing either Sam or Jesse. This immediately excited me, because it showed me that the producers were looking past the surface level of these characters to what was underneath. When I read the script, I loved the arc between Sam and Emma and I felt that our ethnicities brought an added layer of depth to the story that wouldn’t have been there otherwise. And so, I chose! On our first Zoom call, I thanked Taylor for being willing to imagine a different Sam than she had initially written, and she looked at me like I was speaking in another language. She said that from the moment the idea had been presented to her, I became her one and only Sam. It truly meant the world to hear that!

**When the casting was announced, you wrote that making these characters Asian was about “more than a face.” Can you share how you (as well as your filmmakers and castmates) worked to make your characters Asian American in identity, not just in appearance? ** Many Asian actors will know the feeling of reading a script where the parts were not originally written for them. I liken it to buying a suit off the rack; I might really love a specific color or design of a suit but in order for me to be able to wear it and pull it off, I know that we need to make some adjustments. What I love that we did with the Emma character is that once the producers knew it was Phillipa, who of course is biracial, we cast the entire family to fit her, including Michaela Conlin and the amazing Lauren Tom. We also changed the art design of the family home to reflect the people who were living in it. For Sam, a lot of that work was internal for me. It was looking inwardly and saying, how would an Asian American man have reacted under the same circumstances? What are the things that would have crossed his mind that wouldn’t have been there if he was white?

**Inasmuch as there have been real strides in Asian inclusion over the past three years, the fact that an Asian American male love interest is still notable speaks to the historic lack of representation in this area. Hopefully by now we don’t need to keep making the case for why it’s important to see Asian men as romantic partners, but do you want to explain it (again) for anyone who still doesn’t get it? ** Well, I think it’s about reclaiming the narrative about both Asian men and women. We have both suffered at the hands of a system that did not uplift and empower us, and are just now beginning to have the ability to uplift and empower ourselves. So as much as I hear you about the importance of seeing Asian men as romantic partners, I think the greater goal is to just see Asian people as people – complete with dreams and aspirations, insecurities and secrets, who fall in love and get their hearts broken.

Let’s take the conversation a step deeper. You’ve talked to me before about the opportunity to define and introduce Asian American masculinity as an inclusive identity that doesn’t rely on narrow, reactionary tropes. Were there ways in which you were able to bring that vision to this role?

Sam flies in the face of a lot of traditionally masculine tropes. He’s gentle, kind, patient, and he often puts the needs of his partner before himself. His generosity and strength of character really impressed me upon my first read-through of the script, as well as his propensity for growth. Sam, like Simu, was a bit of an awkward kid in high school. It’s such a difficult time in so many people’s lives, and Sam and I just didn’t quite have all the pieces put together. But what I love about my own journey of personal growth is what I love about his. We figured ourselves out without blaming women or feeling the need to overcompensate. I think it’s telling that it took an incredible female storyteller like Taylor to envision a confident male character that was free from the toxicity that is sometimes associated with the traditional ideal of manliness or masculinity.

What types of stories and characters are you passionate about bringing to life now?

I want to play characters that people can connect to, and that continue to challenge people’s expectations of what Asian people can be. It sounds strange, but sometimes it feels like the most avant-garde thing I can do as an Asian actor is to play a human being. No martial arts, no stereotypes, no accent… just a flawed, messy, insecure human.

By Rebecca Sun, The Hollywood Reporter