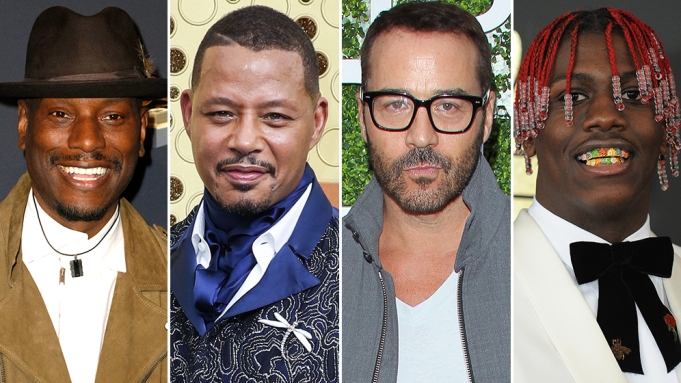 The action-thriller picked up by Highland Film Group’s domestic distribution arm centers on a former marine (Gibson) who is recruited by authorities to go undercover in a notoriously dangerous prison, following a drug bust. After discovering an underground fight ring, he has to fight to stay alive, and to take down the corrupt system.

Dallas Jackson (Netflix’s Thriller) wrote and directed the film, which was shot in Jackson, Mississippi.

“Bryan Lord and Dallas Jackson have pulled together an incredible cast of household names that will take audiences on an edge of their seat ride,” said Caruth, who serves as President of Domestic Marketing and Distribution for The Avenue. “The System is just the kind of high quality, high octane film today’s audiences love and we are thrilled to be championing this exciting work at The Avenue.”

“What an exciting and surreal production making this very important genre movie!” added Jackson. “Such an amazing experience with my stellar cast of Tyrese, Jeremy, and Terrence along with the perfect partner in Highland Films. I think The System has a chance to not only shift the culture here in the states but entertain action fans around the world!”

Gibson is an actor and musician best known for his turn as Roman in Universal’s Fast & Furious franchise, and as Tech Sergeant Epps in Paramount and DreamWorks’ Transformers films. He will next be seen in Columbia Pictures’ Morbius. Additional credits include Columbia Pictures’ Baby Boy and the Fox series, Star. He is represented by Jim Osborne and Kris Heller at APA.

Howard is an Oscar and Golden Globe nominee who was most recently seen in Relativity Media’s Triumph, and starred in six seasons of Fox’s Empire, alongside three-time Emmy nominee Taraji P. Henson. On the film side, he’s also known for turns in Hustle & Flow, St. Vincent, Lee Daniels’ The Butler, Red Tails, Crash and more. Additional TV credits include Fox’s Wayward Pines and Law & Order: LA. He is repped by Mira Pak Howard at Universal Bridges.

Piven won three Emmy awards and two Golden Globe awards for his starring role as Ari Gold in HBO’s Entourage, and is also known on the TV side for his turn in PBS drama, Mr. Selfridge. The actor’s film credits include Grosse Pointe Blank, Black Hawk Down, The Kingdom, Heat, Old School, RocknRolla, Smokin’ Aces and Runaway Jury. He is repped by Tracy Christian at TCA Mgmt, Mark Holder at Wonder Street and attorney Patti Felker.