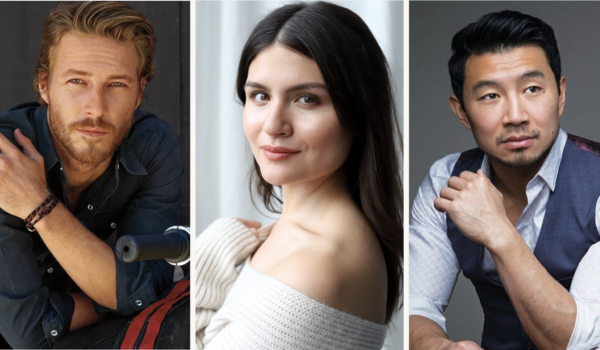 Highland Film Group has come on board to co-finance and has acquired worldwide rights to romance *One True Loves* starring Phillipa Soo from *Hamilton*, Simu Liu from this week’s Marvel Studios release *Shang-Chi And The Legend Of The Ten Rings*, and Luke Bracey from *Holidate*.

Highland will launch international sales at Toronto International Film Festival next week while distribution division The Avenue which launches last year will release in the US.

Andy Fickman (Parental Guidance) will direct from the adapted screenplay by Alex J. Reid and Taylor Jenkins Reid based on Taylor Jenkins Reid’s novel about Emma (Soo), who has found happiness with her childhood best friend Sam (Liu) four years after her high school sweetheart Jesse (Bracey) was presumed dead in a helicopter accident.

When Emma is told Jesse is alive, she must choose between a life she thought was gone forever and one that has just begun.

“We all have had someone in our lives who has impacted our hearts – past, present and future – but what if there were more than one person?” said Fickman. “Having Taylor Jenkins Reid’s beautiful book as our Northern Star and with a powerful cast lead by Phillipa Soo, Simu Liu and Luke Bracey, we have the gift and the opportunity to take our worldwide audience on an unforgettable journey of a lifetime.”

“To bring this film to life through international sales, domestic distribution and also partnering with producers to finance the film is a wonderful opportunity for us here at Highland,” said CEO Arianne Fraser. “This uniquely and diversely talented group of performers is the best team to bring Reid’s poignant tale to the big screen. Andy is a world-class director who can beautifully depict the deeply intertwined heartbreak and joy of life.”

Highland COO Delphine Perrier added, “There couldn’t be a better time to embrace this deeply romantic story than when we are all reconnecting with loved ones and finding happiness and love in our lives.”