Even a federal maximum-security prison can’t hold Richard Pace (Golden Globe nominee PIERCE BROSNAN), a brilliant international thief. But his daring escape and high-octane car chase, eluding the FBI and police, ends with him being scooped up by The Misfits, a band of modern-day Robin Hoods. Led by the eccentric and charismatic Ringo (NICK CANNON) with Violet (JAMIE CHUNG), the Prince (RAMI JABER), and Wick (MIKE ANGELO) with Pace’s daughter Hope (HERMIONE CORFIELD)— a mysterious group who do devious things for all the right reasons. The skilled group convinces Pace to join them to pull off the heist of the century: stealing millions in gold bars kept under one of the most secure prisons on earth, owned by rogue businessman Schultz (Tim Roth), and used for funding terrorist groups worldwide. Aside from the money, Pace wants revenge against Schultz, the man behind his incarceration. From LA to Abu Dhabi, it will take supercharged engines, forged identities, multiple cons, camels, nitro and massive explosions to succeed. Directed by RENNY HARLIN (Die Hard 2: Die Harder, Cliffhanger), THE MISFITS brings a new team of outsiders into the world of action-adventure. 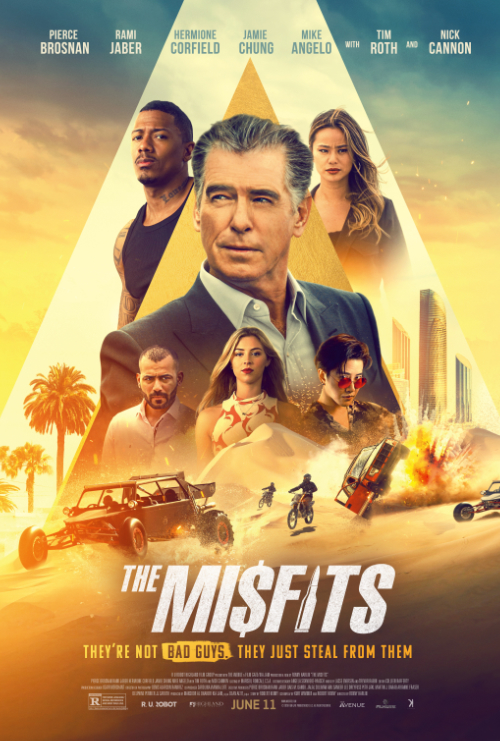 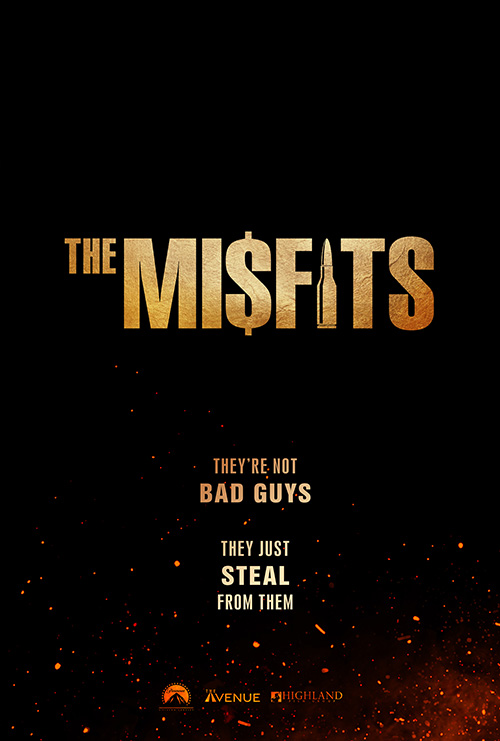 Pace is willingly kidnapped by Violet, Wick, and the other Misfits, and flown on a private jet to escape his nemesis, Schultz.

Pace leads The Misfits team as they meet in a secret warehouse to make plans to bring down Schultz.

Pace can usually make his escape without any detection but this time he's met with some large and aggressive deterrents. Wick, Ringo, and Violet wait for Pace to arrive and help them with their new project.

Pace has another all-nighter with The Misfits team while they fine-tune their plans to take down Schultz.

Pace lands in a foreign city where he narrowly escapes a Los Angeles manhunt led by Schultz. His escape is engineered by The Misfits, a group of criminals who do good by hurting bad people. But the escape was a setup and a ruse to recruit Pace for a new mission.