Watch it Now on Digital & DVD

Watch it Now on Digital & DVD

Every six years, an ancient order of expert Jiu Jitsu fighters faces a vicious race of alien invaders in a battle for Earth. For thousands of years, the fighters that protect Earth have won…until now. When celebrated war hero Jake Barnes (Alain Moussi) is defeated by Brax, the indomitable leader of the invaders, the future of humanity hangs in the balance. Injured and suffering from amnesia, Jake is rescued by Wylie (Nicolas Cage), Keung and his team of fellow Jiu Jitsu fighters. They must help Jake to regain his strength in order to band together and defeat Brax in an epic battle that will once again determine the fate of mankind.

It’s been a long road to Jiu Jitsu. I wanted to create a new story in the martial arts genre that paid homage to the genre’s history and found a voice of its own. I was in my teens when I was working on getting my black belt in Tang Soo Do, then came Enter the Dragon, and out of nowhere this independent feature revolutionized independent action film and introduced martial arts to America! I also grew up with sci fi, watching The Day the Earth Stood Still on TV, the concept of marrying both genres, had a big impact on me. This faceless alien that is sitting in the middle of Washington DC waiting to decide the fate of the world. I thought it would be great to take that core idea from The Day the Earth Stood Still and inject those epic science fiction stakes into a martial arts film. I noticed how the genres compliment each other, and mirror each other in some ways. The central ordinary character rising up against an unbeatable foe to save the day that you can see in Kickboxer, Alien, Rocky, Predator, and Enter the Dragon. The lead character is flawed but heroic, lives by his own code, and is willing to lay his life on the line for the greater good. This main character, along with his Jiu Jitsu crew, and those values have always appealed to me. I’ve always loved that simple story. The infinite ways it can be brought to life, and its ability to entertain and inspire audiences of all ages. My hope is that the little girl and boy in all of us, who at one time or another in their lives has been bullied, can live through “Jake” our main character and ultimately win! In some ways, Jiu Jitsu as a martial art embodies that same story.

There is much which is disputed about the origins of Jiu Jitsu, but everyone agrees that the style has to do with learning how to use what you have to contend with in terms of an enemy, who may be bigger, stronger, or better equipped than you. Also, Jiu Jitsu is a martial art with nebulous origins going back as far as 4,000 years. Some think from Japan, some say Korea, some India, but nobody really knows for sure where it originated. It was created to help the villagers fend off invaders, using whatever they had available to them: weapons, positioning, leverage. We tried to reflect that heritage in our story, while pushing further with some Cinematic flash and opportunities to showcase the unique skills of our cast. Keep in mind that I prefer using authentic martial artists in Jiu Jitsu. The audience requires authenticity, and I feel that an Alain Moussi, being a 6th degree Jiu Jitsu Master delivers that. Then we have Tony Jaa, who is a martial arts legend. Rounded out with JuJu Chan from Crouching Tiger Hidden Dragon II, and also Ryan Terran, who plays Brax. And finally, Nicolas Cage who passionately embraces genre and its place in Hollywood, delivers a performance that is not only enigmatic but spot on.

I didn’t realize until long after we completed the film that this is my first fully original story, from Comic book to screenplay to film. I’m proud to introduce an original sci fi martial arts property into the canon. I hope this film brings a bit of joy, and a moment of escape not only in this challenging time, but for years to come. 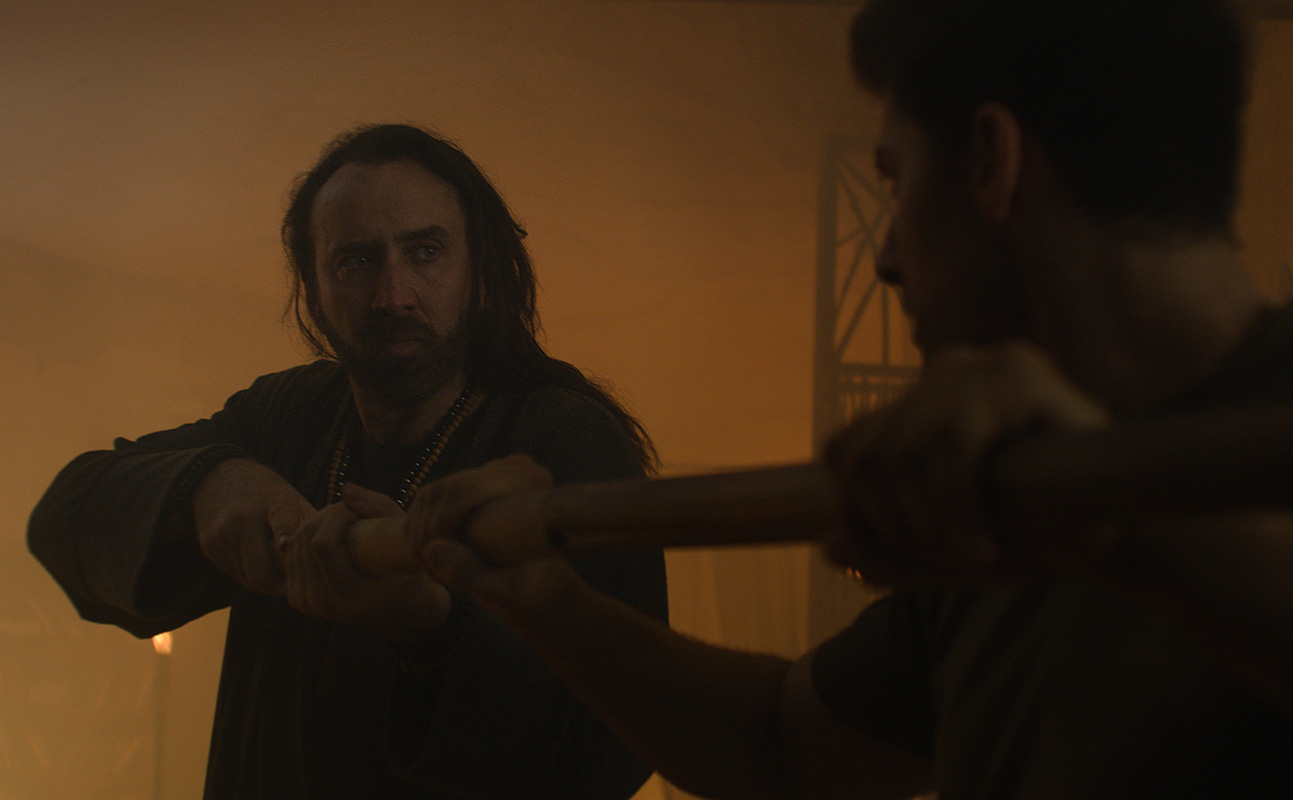